Like many I was dumbfounded, and had a difficult time processing that it was all very real. The mass murder of people in Paris, people just going about their business, people eating, shopping, listening to music, people enjoying all that life has to offer. Here in the United States, we are also familiar with what mass murder has done to our own country, and our own people. It wasn’t that long ago that buildings were destroyed, and thousands died at the hands of orchestrated mass murder.

The Paris streets were still in disorder and chaos, the corpses had not even cooled, the buildings were still smoldering when the first Internet attack memes showed up. Conservative’s blamed Obama and all Liberals, Liberal’s blamed all conservatives, Christian’s blamed all Islam, and Atheist’s blamed all religion. Again I was dumbfounded, and had a difficult time processing that we were actually attacking each other over the attacks!

For an all to brief moment in time after 9-11, we as a people of this country seemingly came together. We were very briefly united in our shared love of humanity; we were united in our compassion for our fellow countrymen. It was almost palpable, people appeared to actually care, and believe in each other, but then it evaporated as quickly as the morning dew. Somewhere a bell chimed signaling the start of the next round, we returned to our corners and put the gloves on and mouthpieces back in then. Then we proceeded to pummel and bash each other as if the other side was responsible for it all.

Many more mass murders have happened since then, and now Paris is among the list of casualties. The combatants in the ring took notice for just a few moments then proceeded to slug each other with an ever-greater intensity, and vigor than before. Each side believing the harder they swing, and the more blood they can draw, the mightier their cause must be. Each combatant started congratulating themselves on their wisdom, on their brilliance, and extoling their own virtue as if it were above reproach. Each side doing exactly the same as the other.

The brutish sluggers in the ring are beating on each other with an increased ferocity. Now the audience has joined in the melee, and they too are swinging with all their might, desperate to draw more blood and prove that their cause, their ideology is mightier than the others. It is one continual round of bloody tribal warfare, with no victors, but plenty of hate, and blame to spread around.

I firmly believe in the 1st amendment and Freedom of Speech. All of mankind should have the right to express themselves, and espouse their ideas whether anyone else agrees with it, or not. However, I sometimes wonder if we also believe in the right to remain silent, and I don’t mean the Miranda Right when you are under arrest. Maybe it’s better to remain silent, and be thought of as a fool than to speak, and be known as a fool. There is so much genuine hate, and blame that already exists in this world, why cultivate any more of it? It’s not about us; sometimes it’s about the other person and compassion and for them.

What happened to that brief moment in time after 9-11 where we as a people were all burdened with the same sense of loss, and sadness? What happened to that common love of humanity and love of our fellow citizen? I saw it once; I experienced it once, didn’t you? The idealist in me says, “It’s not gone it happened once, it can happen again.” The pessimist in me says, “Our hearts have become as cold and black as an obsidian spear head.” It’s not up to me; it’s up to us where we end up, it’s up to us whether we perpetuate the bloodletting, or unite as people with common goals.

P.S. I’m just one voice in millions, take whatever message pleases you, and try not to read too much into this, my opinion, your opinion, is so much belly button lint in the navel of the Internet.

Some of the stupid blame game meme's. I won't even bother with twats that are tweeting, seeing is how I refuse to be a twatter. 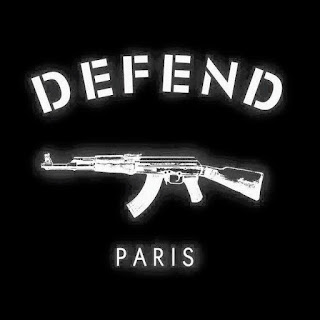 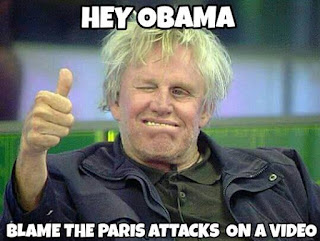 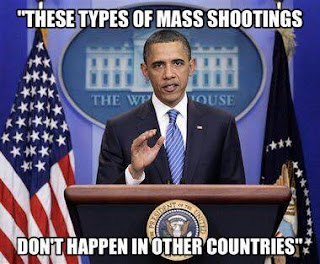 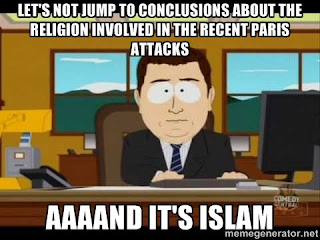 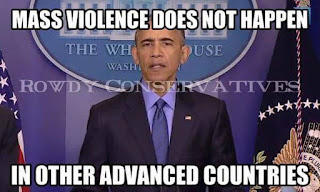 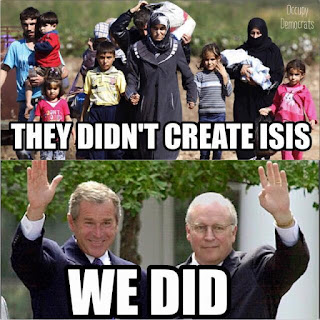 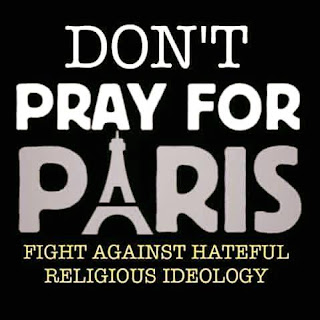 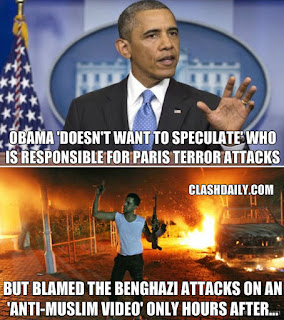 
By the turn of the 20th Century daredevils, and adventurers alike flocked to the automobile, and eagerly exploited the potential of the internal combustion engine by pushing it to its limits. These dauntless young men were willing to risk their very lives (and quite often lost) in pursuit of new sensations of horsepower, speed, and fame. That unconquerable spirit of adventure that burned bright in the early racecar drivers has not diminished over time, quite the contrary. That unquenchable flame burns just as bright today, but it is practiced with less abandon than the early pioneers of racing. Nestled in the remote Utah desert straddling the Nevada state line; the Bonneville Salt Flats the flattest place in North America is a compacted salt surface nearly as hard as concrete, and is a perfect place for man and machine to test the very limits of the internal combustion engine, and its endurance. Some of the fastest wheeled vehicles on the planet have made history at the Bonneville Salt Flats as their crews, builders and drivers have pitted their machines against each other all for the glory of speed, and going faster than the next guy. This is their saga:
In August of 1914, the very first automobile races were held on the flats. It was “Terrible” Teddy Tetzlaff who claimed the fastest speed that day, a scorching 142 mph, set in his 300 H.P Blitzen Benz II. Bonneville just witnessed its first automotive race; however that was not to last. With the advent of WWI all racing came to a halt as men, and their machines raced to slay the Hun. At war’s end young daredevils flocked back to the track, and racing once again resumed. During the roaring 20’s a young automobile racer from Salt Lake City, David Abbott "Ab" Jenkins eyed the Bonneville Salt Flats with a keen revitalized interest; his exploits drew international attention from the British who were no strangers to speed. At the behest of Jenkins, the British arrived, and would set speed records that stunned the racing world. This was Bonneville in the 1930’s. Records were made and records were broken. Again the flames of war erupted, and all of Europe was ablaze with the advent of WWII. Just as in WWI, all racing came to a halt.

Land speed racers (as they like to call themselves) have a rich history, and tradition, which now spans an entire century. Vehicles, and motorcycles at Bonneville come in innumerable shapes, sizes, and engine displacement types. Yet these vehicles all race on the same courses, but in different respective classes with different records to pursue. The racing at Bonneville is distinctly different from drag racing where the contestant gets only a  ¼ mile of straight-line track, the Bonneville racer gets 2-miles to build up their speed, and 4-5 miles to be timed at speed (Depending on vehicle, and engine class), and another 3-4 miles to slow down. Witnessing these vehicles going over 400mph can give the viewer goose bumps on hottest of August days.
Unlike the mega corporations that run NASCAR, or the NHRA there are no cash awards, or monetary prizes for the record makers. There are no sports drink displays the victorious racers are required stand in front of while every imaginable corporate logo is plastered around them while their picture is taken. The vehicles that race at Bonneville are not sponsored by multi-million dollar corporations that demand the car have the same color schemes and logo of their product. And that is just the way the Bonneville land speed racer prefers it.
The above video is a small collection of the author's photography
taken at Bonneville over the years.
What is the attraction? Why, then, do they come from New Zealand, Australia, Japan, England, Germany, France, Sweden and Italy  to race in the remote Utah Desert? The reason is simple; because they can. If a backyard builder with a dream can build a safe enough vehicle he, or she is allowed to drive it in pursuit of a speed record in their respective class. This makes Bonneville the last place the “Little Guy” can race. The camaraderie that exists at Bonneville is like no other racecourse on the planet. From the shade tree mechanic with the scantest of budgets, to the high profile builder with a money tree in his backyard, the friendships that exist between opposing racers, and the experience of racing is the very reason they come year after year. To break the other guy's record, and have your name replace his in the coveted record books is glory enough.
This centuries’ long history of speed, and endurance is in very real peril. Like the arrival of WWI, and WWII nearly all current racing at the Bonneville Salt Flats has come to a standstill, but not for reasons of war or riot, but for a reason that the general public is largely unaware. Due to severe weather of 2014/2015, in combination with seventy years of corporations mining the salt flats, the salt beds have diminished in length, width, and thickness. Once, this pristine salt wilderness measured 96,000 acres. It now stands at just 30,000 acres. Where it was once 5-feet thick in the center, the salt is currently just inches thick, so claims the Save the Salt Coalition.
In 1975, the Salt Flats were included in the National Register of Historic Places, but that act has achieved little to save the retreating salt, and the racers dreams. The last two years have seen a near absence of racing at the Bonneville Salt Flats. The issue of salt replenishment, and preservation is currently a hotly contested subject. Mining companies, some which no longer exist have played a role in reducing the salt beds to a sparse existence, while the current mining company is not responsible for the sins of the past seventy years, a heavy burden has fallen to them to shoulder a great portion of the salt’s restoration. 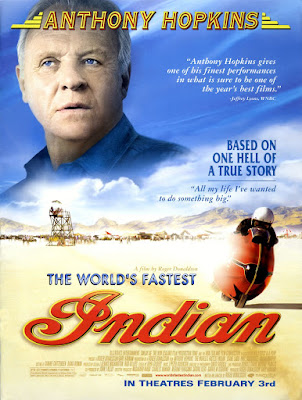 The best way to experience the sights and sounds of landspeed racing is to attend an actual event. Currently that is not possible due to the aforementioned environmental problems. In 2005 a movie called the “World's Fastest Indian” starring Sir Anthony Hopkins arrived at the movie theaters. To witness what land speed racing is like that movie gives a decent, although brief demonstration of racing on the salt flats, but it will acquaint the viewer with the passion that drives these men and women, and is highly recommended.
Will there be racing again, and can the salt flats be restored? Has a century of tradition, and racing been relegated to history’s slagheap? These are questions, and concerns that currently plague the land speed racing community. Only time, and right action can answer this question. During this uncertain lull, racers still dream of driving on the salt flats, and are currently building vehicles capable of breaking the 500 mph barrier all for the glory of speed, and going faster than the next guy.

This quick video is a perfect representation of the article.