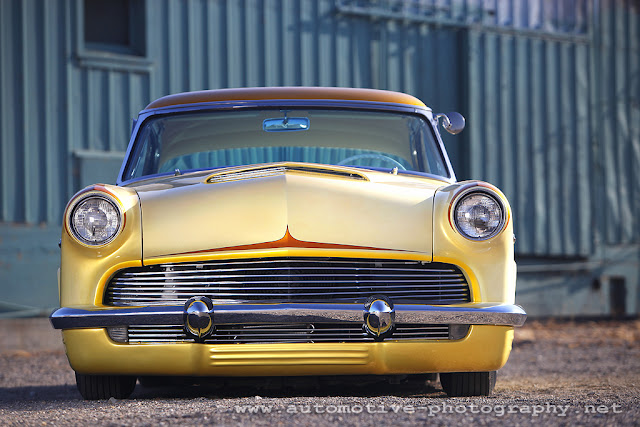 Santa Maria, California, May 2012, it was time for the West Coast Kustoms “Crusin Nationals! This year I loaded the family into an uncomfortable rental, a Jeep Liberty, and we made the four hour drive up the coast. When we arrived, we operated a vendor’s booth selling my posters and magazines.
I only photographed one vehicle that weekend, didn’t have time for anything else. But this vehicle, a 53-54 Ford Mercury was built by legendary car customizer Gene Winfield for the Sakuragi brothers from Japan. Kyohei and Yoshi were two great guys who flew out to collect their prized Mercury. No doubt about it, a Winfield built custom Mercury, cruising the streets of Japan will gather all kinds of envious stares from the other motorists who are forced to drive something that is uncool. Here’s to Kustom cars the world over! 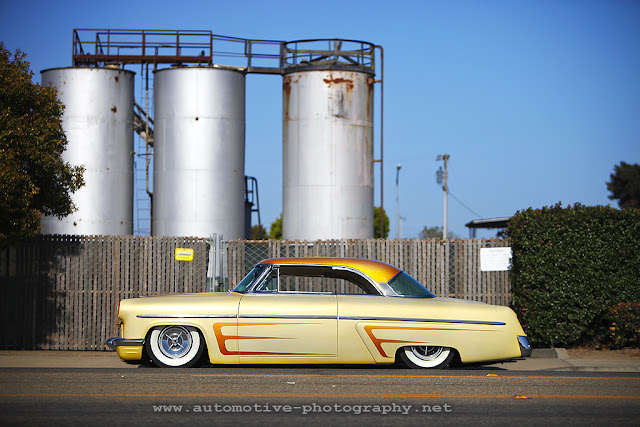